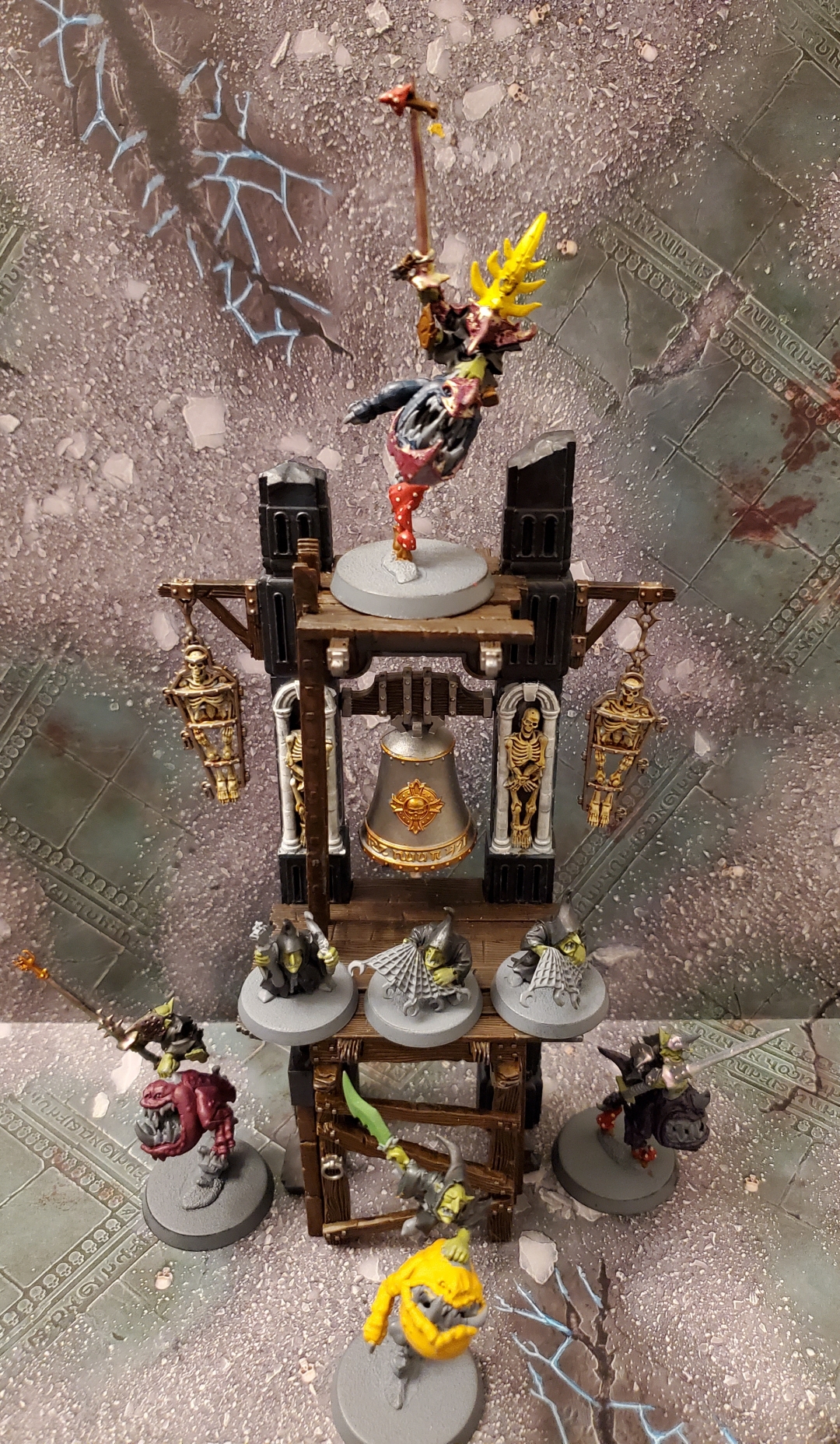 Snaritz needs bottle. Desperately. Without bottles there was no place to store the berries. Without berries there was no way to make the weapons. He sent his minions out in search of bottles. He didn’t care what size or shape – but he needed more shinies.

5 days later, Snaritz’s minions were bottleless. They were discouraged and worn out. There has been a lot of bickering among the Deep Dark Clan. Everyone is on edge and waiting to see who would be the first to rebel against their fellow Gitz. All of a sudden, something approaches from all angles. Slow moving – but mighty. ORRUKS! The clan splits apart and runs in opposite directions. It’s every goblin for himself. Squigs are bouncing all over the place, arrows are darting past. It is utter mayhem.
Three miles down the road, dirty and covered in blood the Deep Dark meet up again. Counting all fingers and toes they realize that everyone is there. Regretting their earlier bickering, they proceed in search of the shinies. Shortly after, the Deep Dark come across Thasceryx. He offers a deal they cannot refuse. He demands his scythyx venom or else the entire clan will be burned to ash.
They come across a ruined city and begin to pillage for the crates. They hear stomping behind them. GitGrick babbles something unintelligible. Not again! ORRUKS! The clan hears the bellowing WAAAAAGH! This time, the clan is prepared. The clan start casting nets and striking brutes with their mighty lances. After a long, bloody battle, GitGrick bounds down from the tallest tower and takes down the man with the face planks – then hops away in victory!
Upon returning the venom to Thasceryx he guides the clan to a chamber to store it. The chamber is full of… BOTTLES! The minions run amok, trying to grab as many bottles as possible. Thasceryx throws his killers in pursuit of the Gitz. All they have to do is escape with as many bottles as they can!
Filling their arms the grots hop on the backs of the squigs and they bound out faster than the enemy. They did it! They got their bottles, and in thanks Snaritz provided them with a wonderful foul broth!