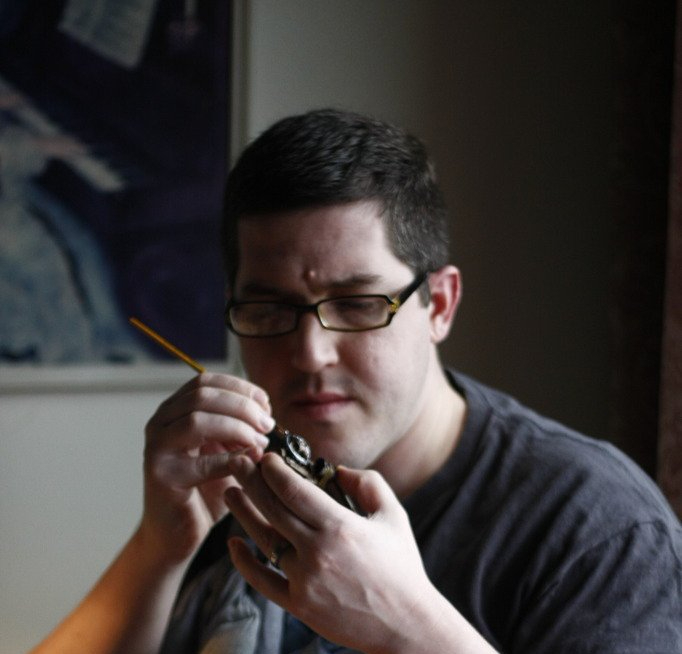 Paul Wagner ran Coalescence for his local group in Madison, WI last summer and is preparing to run the narrative event at Adepticon coming up soon on March 22nd! It will feature 16 players all striving to accomplish their goals within the indoor monument that is the Gibbering Dome.  The event will be using all the matched play rules, but with a few custom rules added to reflect the indoor environment and the narrative objective.  As opposed to a traditional matched play game, players will not win or lose simply by killing or surviving, but by writing their own story through gameplay. We asked some questions for this month’s NEO of Note. 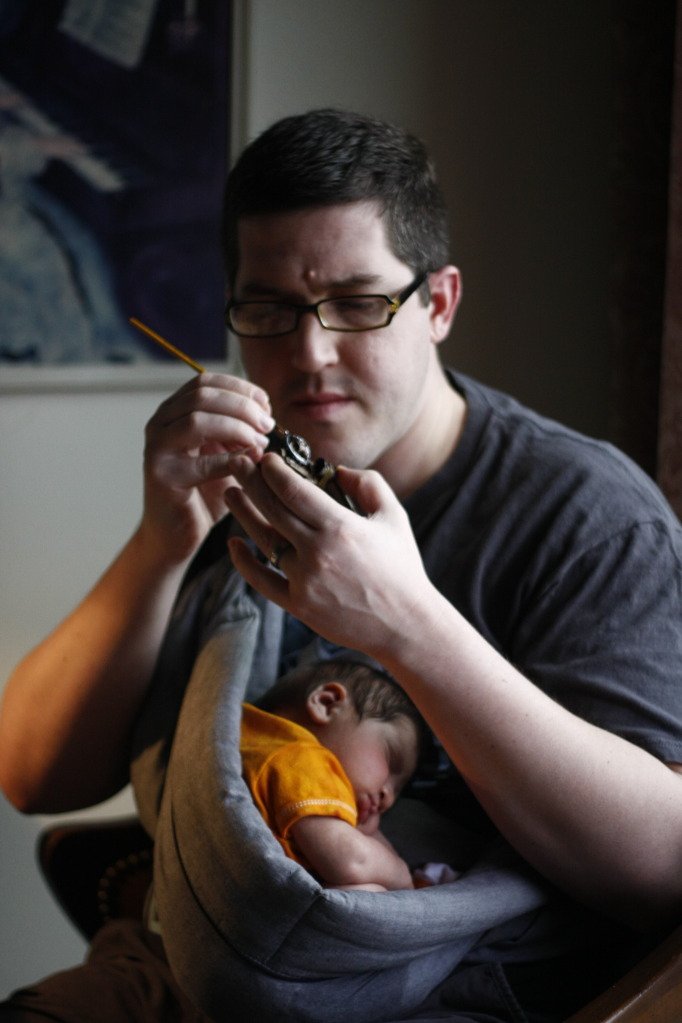 Paul, How did you become a NEO?

I’ve been involved in Warhammer for 19 years now, and I was drawn in by the miniatures and gaming, but hooked by the background.   Although I started out being a player, I started organizing early on by running a Mordheim campaign and narrative driven scenarios way back in the 5th edition of Warhammer Fantasy.  I worked my way up to event organizer by assisting and then running my own “matched play” events.  While I certainly enjoy playing in tournaments, I have always considered myself a narrative gamer.  Age of Sigmar’s general’s handbook gave the community a common language to engage other players through the three ways to play.  Though narrative events have existed before then especially on a national level, it gave enough knowledge that even at a local level, players knew and desired a narrative event. Coalescence last year was the first true narrative event I have run, and the player pack allowed me to focus on extending the narrative beyond the rules and onto the physical terrain itself.

Can you tell us about your local group?

I am extremely lucky to have a great group of dedicated gamers here in Madison, Wisconsin. Eric and Davy of the Mortal Realms have been instrumental in community building not only on a local level but also a global level through the podcast, helping organize Coalescence and most recently the Renown and Ruin, a roleplaying and campaign expansion for Warhammer Skirmish.  Kenny Lull of the Combat Phase Podcast is a pillar of our local community with his rampaging Fyreslayers.  Players meet for games all over the city in one of our 3 Local Game Stores, the Warhammer store, local conventions, or even in my own home.  Age of Sigmar has regular gaming nights at a store 4 out of 7 nights every week.  All told, it’s a little easy to be an Event Organizer with such a huge Community.

Why is narrative gaming important to you?

Narrative gaming has always been my focus in Warhammer.  Even before I was able to run events with a narrative focus I built, converted and painted armies based on the background.  While conversations about that one time I rolled a 6 and won the game are a lot of fun, I’ve found that it’s more enjoyable and universal to talk about the daring adventures of Gitgobba my Grotbag Scuttlers Admiral. Games are won and lost, but every sentence added to a story is a victory.  I relish poring over Battletome and Black Library fiction searching for that perfect sentence to inspire the next army. By building a terrain set for narrative gaming (The Gibbering Dome), I feel like I am able to extend my story to other players without words.  Watching other players create their own story within a setting of my creation has become one of my favorite parts of the hobby.

What tips do you have to share with other NEOs?

I would recommend first and foremost, to talk to established organizers in your area about their experience.  Running an event can be a daunting prospect, and the execution of the event can definitely be a drain on your hobby mojo.  Having other organizers to ask about problems or commiserate about failures can make sure that your first event is not your last. Secondly, In my experience, I always need help.  Try and ask for help from other players that can balance out your faults.  For me, Chuck Moore has been an invaluable addition to my ACON prep as he excels at something I do not, responding to emails in a timely manner.  Lastly, ask the players what they want.  While I recommend that you run the event you want to play in, every player has their own opinion on what that is, so communicate with players in advance to manage expectations before arrival.  Asking for feedback is critical to improving the event for the next time, but why sacrifice creating a great story today?