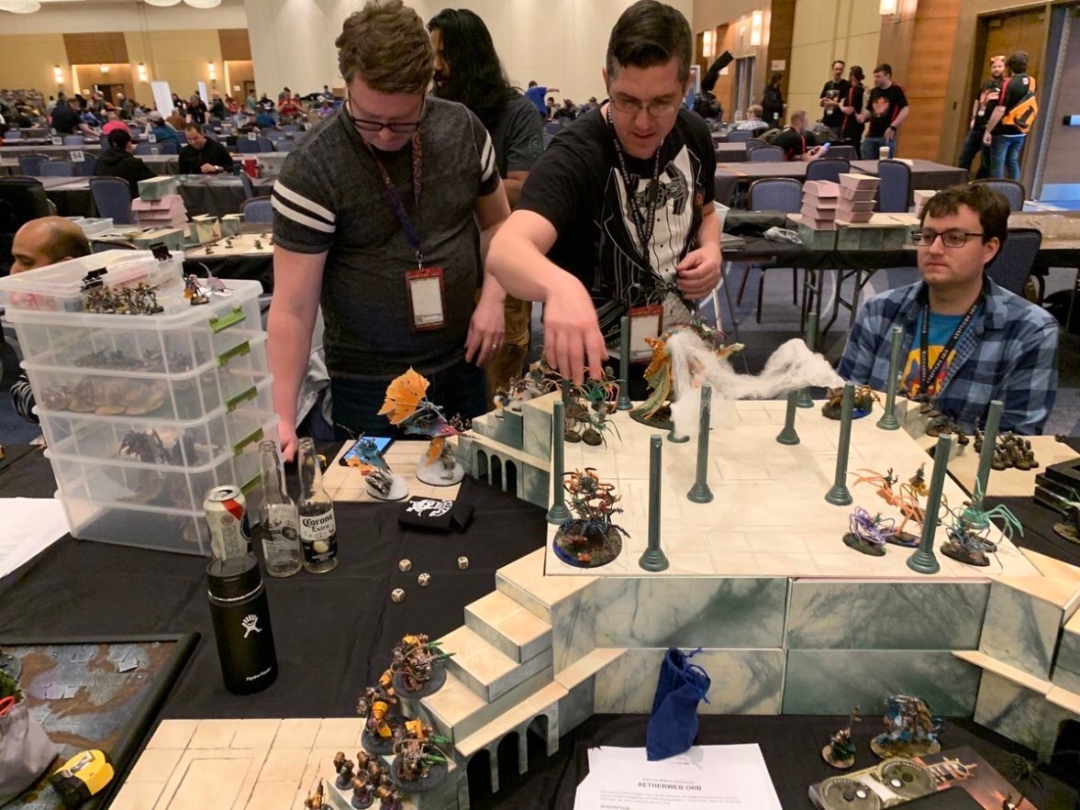 Adepticon is in full swing, and it’s not just about grand tournaments and best general awards. Our own NEO of Note, Paul, ran a new edition of his awesome narrative event, The Gibbering Dome, on Thursday at Adepticon. Check out his interview last year for the NEO of Note on the NEON blog.

But an awesome Narrative event isn’t all the news from Adepticon of interest to our readers. The team event on Friday found our own Jimbo & Mitzy, two members of the awesome 4-man team behind the incredible Realms at War narrative events, won the esteemed award for best appearance for their Gloomspite Gitz & Stormcast armies. And, if you haven’t already, check out their AoS show on YouTube.

And to wrap it all up, Mitzy & Jimbo joined Tyler and StoneMonk for their Tale of Four Warlords searching for the 8th Wonder of Ghur, proving that narrative only requires some engaged players and a venue to be absolutely awesome.

For continuous coverage of Adepticon throughout the weekend, check out AoS Shorts. 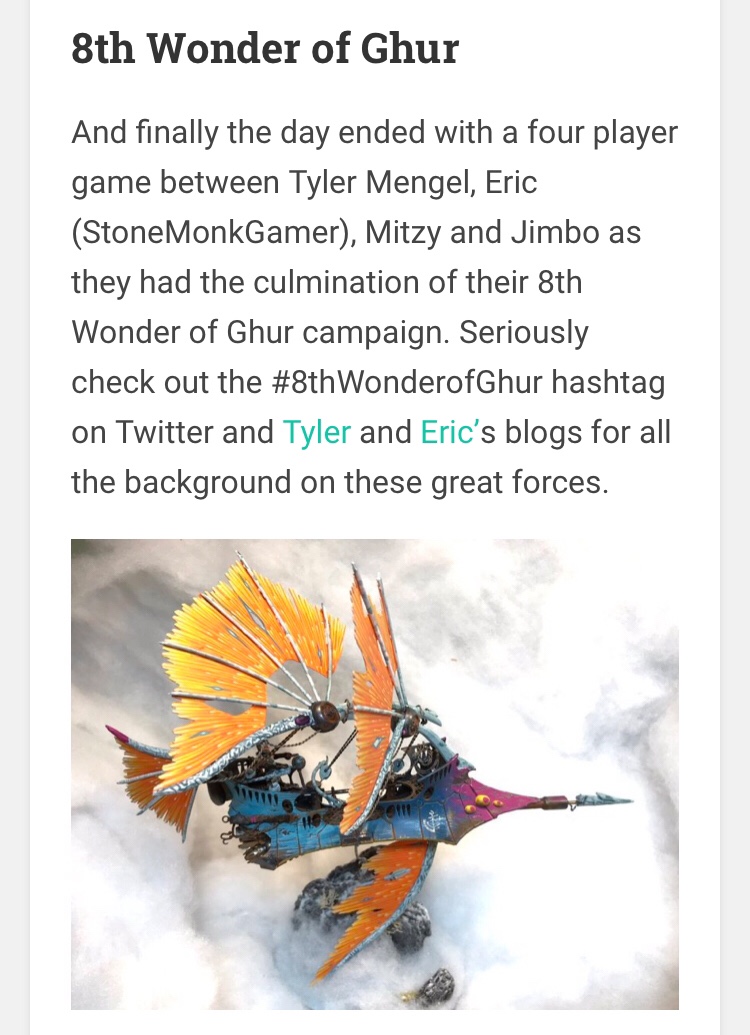