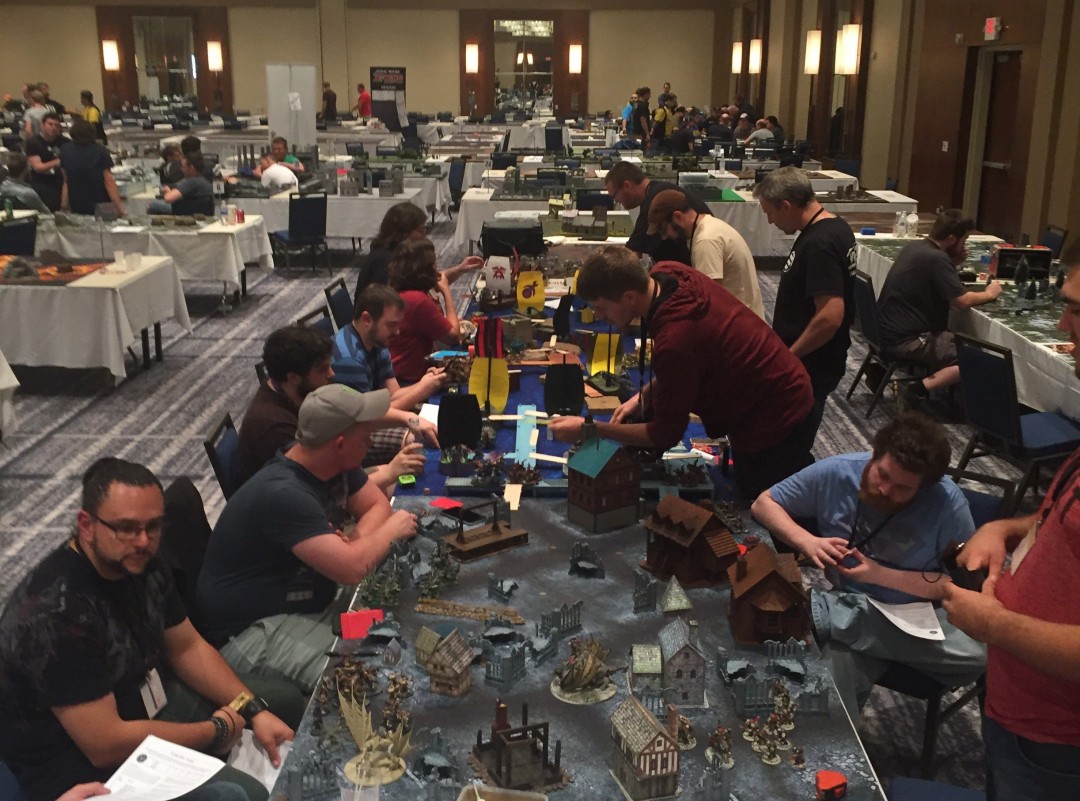 In September 2017 the NOVA Open tabletop wargaming convention featured Warhammer: Age of Sigmar for the third year. Players returned to the shores of Dawnland, an obscure region of Ulgu, to resume the story of Neferata’s conquest of that  portion of the realm of Shadows. You can read an overview of the event on a recent retrospective post. Now the narrative design team is planning for a third grand narrative event.

NOVA Open will host another Age of Sigmar narrative play event across all four days of the convention, from Thursday, August 30th through Sunday, September 2nd. Players are invited to bring a painted army along with a figure of their choice to represent unique warlords and an airship of their own design and construction.

After players stake allegiance with one of the four unique guilds, each will participate as a team as individual players in a series of planning, play, and social sessions which make up the prelude and three distinct acts of the grand narrative. Not only will players negotiate alliances and resolve challenges with other teams, they will decide how to spend campaign resources to leverage special abilities and further the power and advantage of their preferred guild.

They will also discover the true nature of a massive godbeast which has arrived floating in the skies above the fields, mountains, cities, and canals of Dawnland.

The grand narrative, as previous years, will feature a variety of events including team planning sessions and epic Triumph & Treachery games, along with the popular Ships of Renown event, and a big coalition of death game across multiple tables involving many players.

Tickets for the convention and associated events will be available starting March 1st, but in the coming weeks the team will release more details about army building, battleplans, time of war rules, special abilities and heroic achievements, and the unfolding narrative behind the history and characters of Dawnland.