Ships of Renown is a way to play Age of Sigmar with ships at the NOVA Open and has been a popular feature within the grand narrative event since 2016. Each player controls a ship as well as a crew of models, trading or battling on the seas off the coast of Dawnland. Many players were excited when the airships of the Karadron Overlords were introduced, and the NEONOVA team started talking about how they could feature some airships from other factions.

In addition to the Ships of Renown returning to the narrative event in 2018, the team is also introducing something new called Airships over Dawnland. Each player is invited to bring a unique airship of their own design and construction, and a set of warscrolls are available so players can use their airships in a series of games throughout the grand narrative, including a kind of airship race.

The lead hobbyist for the grand narrative this year, Sean, has already started working on an airship to feature as a WIP series to demonstrate and inspire players to consider how to build their own airships. Technically, your airship doesn’t need to be a ship. Players could bring a large flying monster, and something like a Frostheart Phoenix or even a dragon could serve, using one of the warscrolls designed to represent a large monster. But the team wants players to tap into their creativity and build something amazing to share. So consider any kind of airship in about 12 inches in length and able to fit on a 120mm long oval base. The NEONOVA team welcomes you to join their Facebook group and share your ideas for a unique airship. 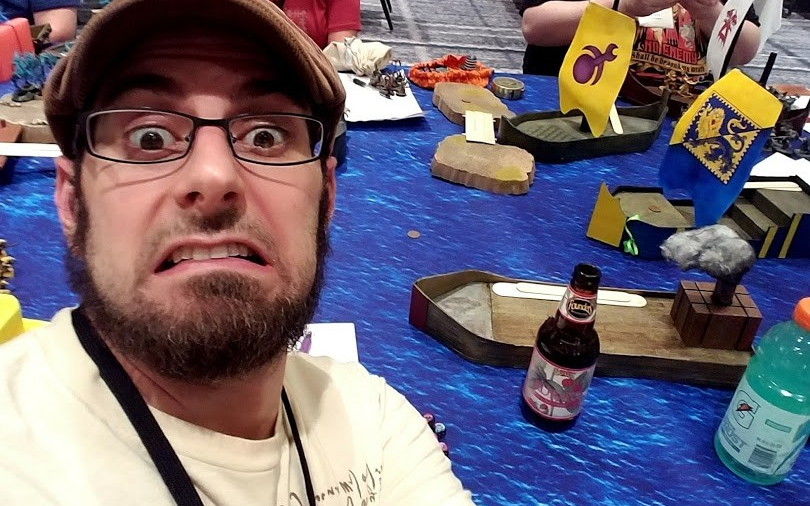