A long awaited update, and all Beasts of Chaos players are rejoicing!

The White Dwarf Tome Celestial supplements have, since the start of AoS 3.0, now been consistently releasing official rules, that are in effect immediately, for all 3 game formats: Open Play, Narrative Play and Matched Play. One army at a time.
It’s like a long-overdue errata/FAQ out of nowhere, and several armies have gotten the treatment.

A whole new list of Monstrous Rampages for the many gribblies the army can field, and a brand new Herdstone warscroll that increase’s the army’s rend as it empowers the Beastmen’s weapons with corrupting energies that cut through enemy defenses as if they rust away! The magazine even gives you a cardboard cutout of your new Herdstone Warscroll! 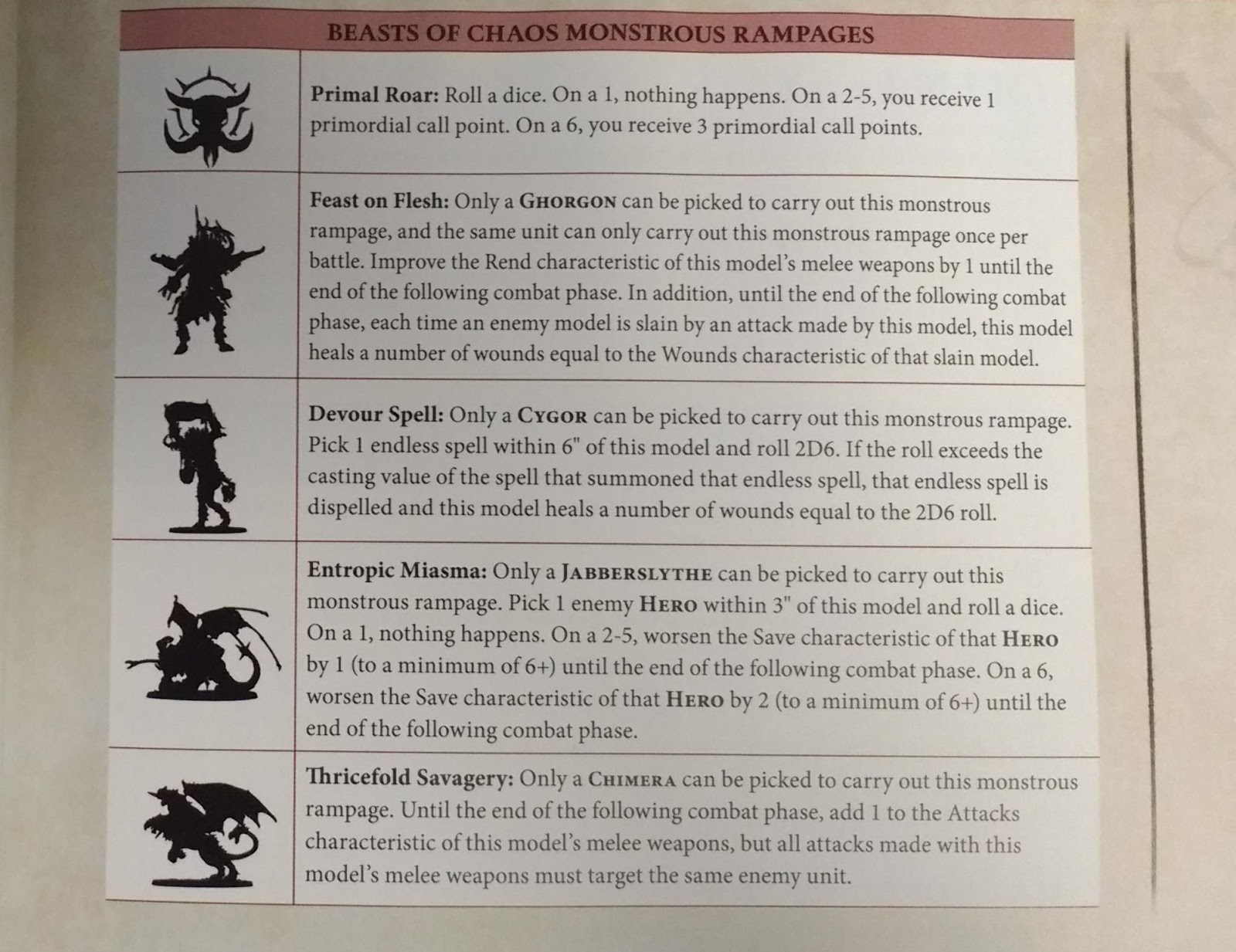 New Beasts-specific Twists and Ruses, as well as a Path to Glory update to flesh out (aha) any rough edges and hand some of those special Territories in the high D66 rolls.
No, still no Outposts rules, sadly. (The suspense! we have no idea what they are). 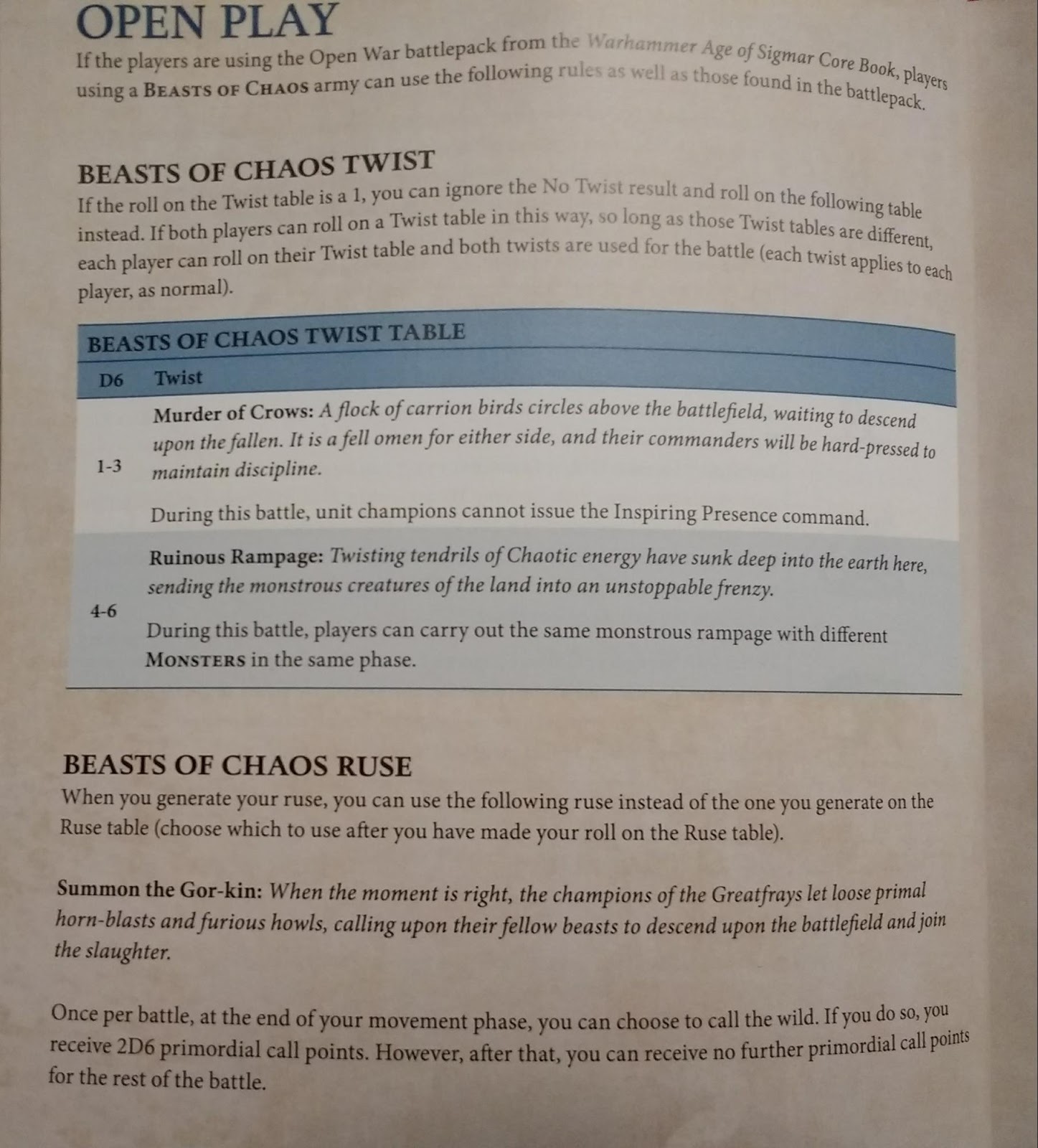 Martin from NarrativeLabs has done a review of the new rules, with a particular focus on how they fit with the lore and narrative feel of the army. How they promote the feeling of Narrative Play, and allow players to explore new opportunities and playstyles with flair.

Each of these new rules supplements also come with a mini-campaign arc, designed to fit with Path to Glory, and each has different special rules that revolve around the narrative of the campaign. We have seen vampires vying for Nagash’s favor, Cities of Sigmar trying to find their way through the mists and the dangers of the swamp, etc. Each also explores some region of a map of the Mortal Realms that we had seen before, but not yet known in detail.
For the Beastmen, in this issue, it pits them against Dawnbringer Cities of Sigmar as they try to reclaim the Beastbridge in Aqshy by toppling the Herdstones that serve as Chaos nexus points. 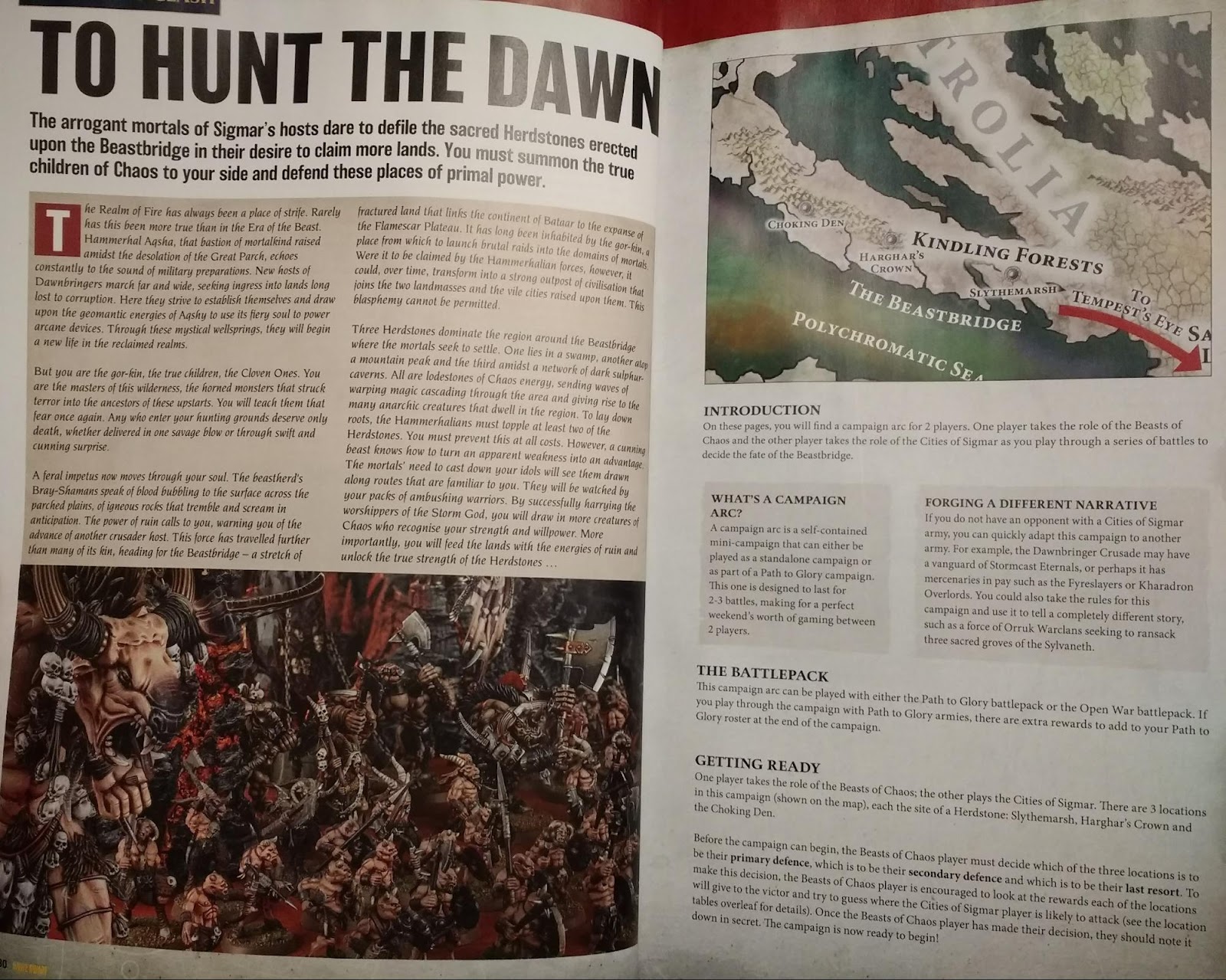 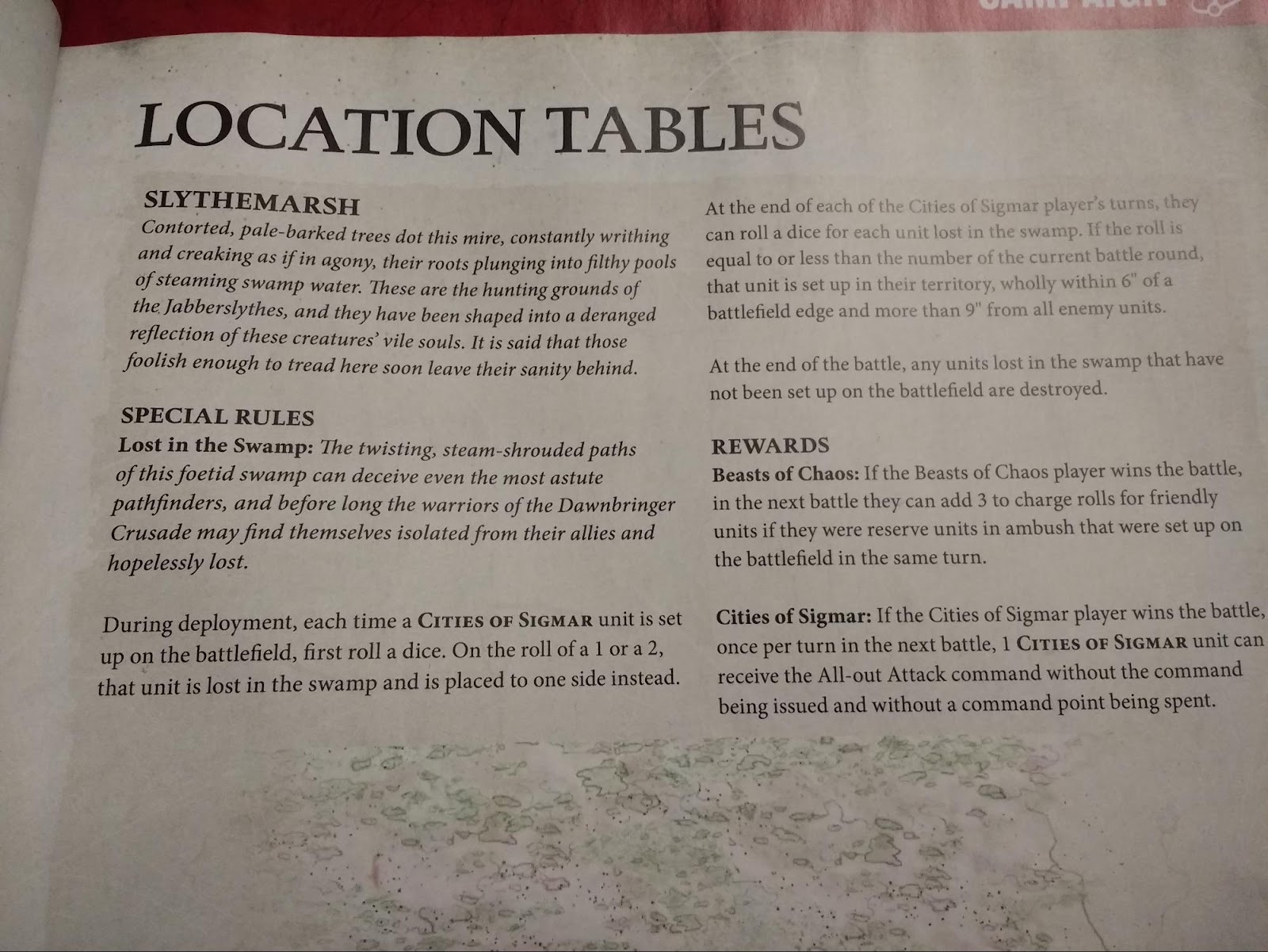 Each of these campaign arcs can be easily adjusted to fit other narratives and alternative armies, and are perfect for short campaigns at a local club that last for a few weeks (we all known how hard those long campaigns are to manage, don’t we?), or can be stringed together as part of a Path to Glory.

Looking forward to the next army getting the 3.0 makeover and new campaign arc!
– Nuno @WH_narratives