A new worldwide online narrative campaign will kick off through The Great Weave, on Sep 12th 2022!

This campaign is a world-wide event set in Rondhol, the savage continent of raging rivers in Ghur. With an emphasis on relaxed gameplay, exploratory storytelling, and emotional loss – you can expect a long-lasting campaign that will be easy to jump into as well as keep up with, with all the bells and whistles that you’d expect from an online, multi-game system event.

As usual, games of Age of Sigmar, Warcry, Soulbound, as well as hobby and writing submissions, all contribute to advance the story!

The Backdrop: The floating Dawnbringer city of Khardihr has been heading towards a valley recently emerged from the depths: the Furyoth Dell, rich with the ruins of a lost civilization of the Age of Myth. Interest in the location is also increasing outside the city, and soulblight vampires as well as chaos reaver fleets have started to mobilize, to consolidate their power around the routes to the heart or Rhondol. The prophets of Destruction and self-appointed guardian-conquerors of Ghur oppose the advance of these intruders, and have taken to sailing the raging rivers to raze all traces of civilization encroaching on their territory.

We chatted with the lead NEO for the event, Keegan West (@horizonslackey) about what players can expect from it.

Q: Please summarize the event for us, and what players can expect.
A: The Campaign will be using the Great Weave’s ‘Quest’ system, with Quests made specifically for the campaign to help you decide what your options are. Players just have to read through the relevant Quest info, play a game (or do some hobby), and then comment on the Quest page to say what happened and if you “won” or not.

Every so often, The Great Weave will release the next stage of the story, taking into consideration what players did in the Quests, and expand them – or create new ones – to continue the story into the next phase!

Q: What Narrative innovations and special rules will you be deploying in this event?
A:  The primary difference for this campaign is certainly the length and pacing. We’ve put a lot of effort into making sure the story moves at a nice pace, while still allowing players to not have to exclusively play the campaign or risk missing out. It’s a deliberate mixture of our online narrative campaigns, and casual pick-up games. We’ll be designing Quests with this in mind, for example they’re more likely to ‘evolve’ rather than resolve while starting new ones.

In addition, each Quest includes suggested “Twist” rules for Soulbound, Warcry, and AoS for each location (which can also be found for other locations in the Realms across The Great Weave, not just for this campaign), making implementing narrative rules on the tabletop that little bit easier.

Q: How will exploratory storytelling work? What places can players find and shape in this part of the Realm of Beasts?
A: The entirety of the continent is up for grabs in the campaign! Because within The Great Weave “everything actually happens for all players”, this means that the discovery (or destruction) of a location would result in its availability (or lack thereof) for all characters within The Great Weave. And so this is a great opportunity to really make your mark on the world of Age of Sigmar – what players do here will have lasting effects within the world (for all players and organizers on The Great Weave), as well as on tabletops (for those players who choose to implement the bespoke rules).

More specifically, “discovery” will actually change throughout the campaign, with Act One (of three) a little more focused on settling into the environment and story.

Q: What kind of team dynamics and strategic actions will players be able to experience?
A: It isn’t necessary to actually join a faction in the campaign. You’re able to just read the ongoing story, and then comment on any Quest you’d like, even changing who you support week to week.

For those that wish to go a little deeper (as opposed to just the occasional comment on a Quest), we do have team dynamics available within some of the factions that are present within the world, which players who are in our Discord server can join. Each of these factions will have their own private chatroom, will play a little differently, and will cooperate a little differently. 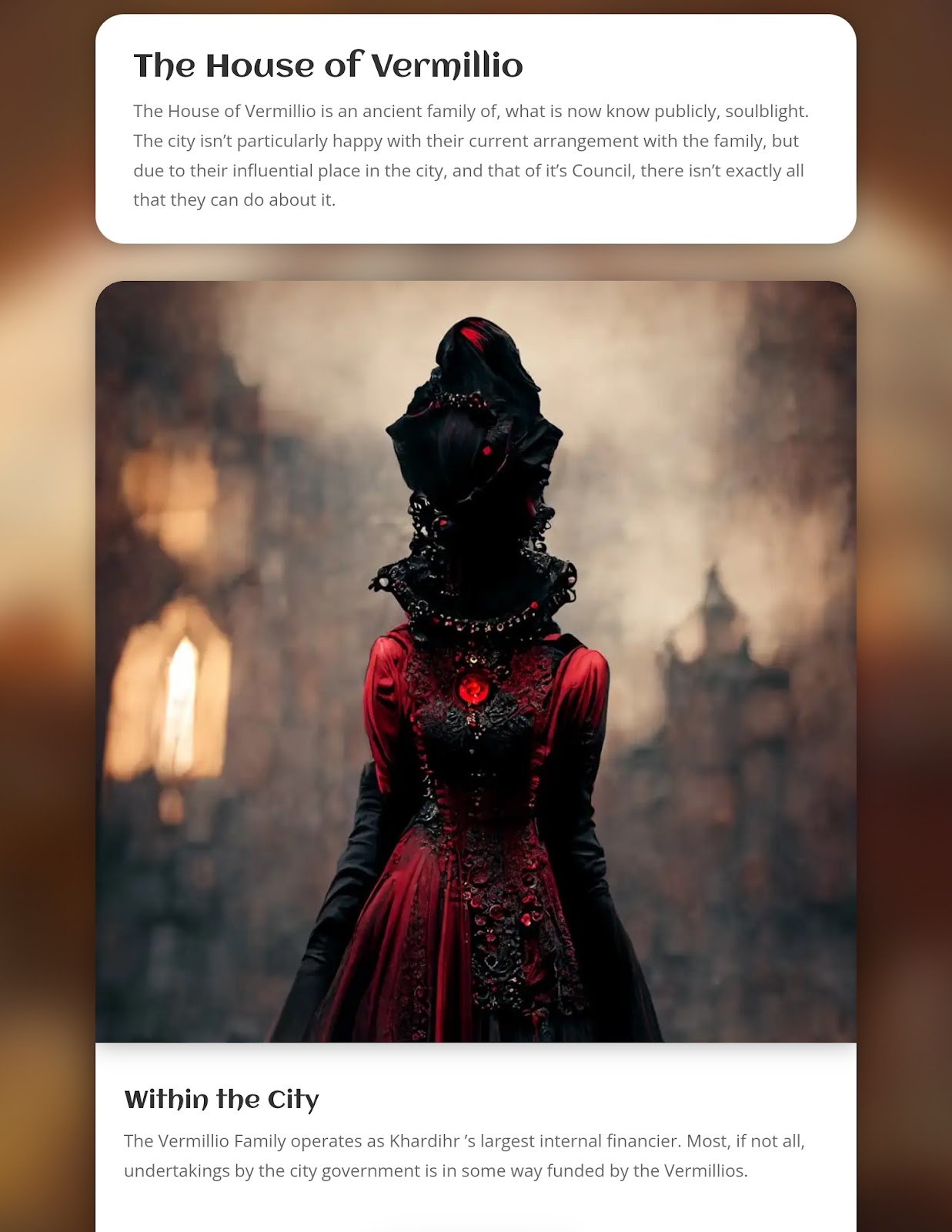 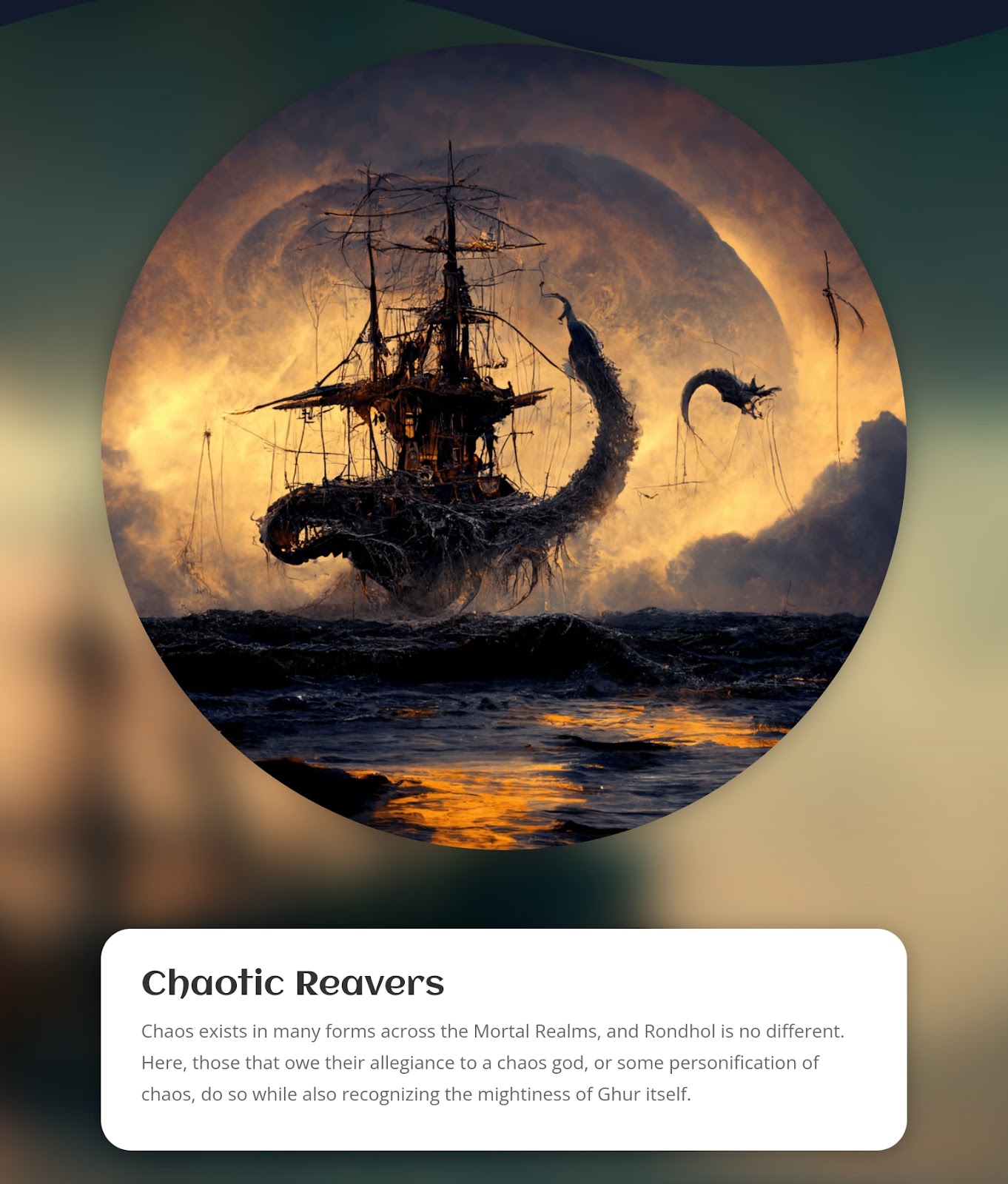 Q: What would you like to say to players out there, to motivate them to join “Revenge of Rondhol” and the growing community at the Great Weave?

A: The Great Weave is genuinely a great community, it’s nice and relaxed, full of people who want to paint sweet minis, throw dice, and tell awesome stories.

My goal with The Great Weave has always been to provide a platform for hobbyists and players, that values and respects the immense effort they put into their various passions. I want them to look at their creations on the site and be proud of what they see, to show it off to their friends and family, knowing it looks awesome!

Revenge of Rondhol is another opportunity to do all of the above, to be involved in a sweet story, throw some dice or paint around, while hanging out with like-minded people. I hope they’re proud of what they accomplish, because I’m certainly proud of them!

You can find the Campaign page here for more details and how to participate.

What do you think about this event?
Do you have any questions for the NEO, and how to best participate in these campaigns, and meet like-minded narrative-enjoying people?
Leave your comments below!