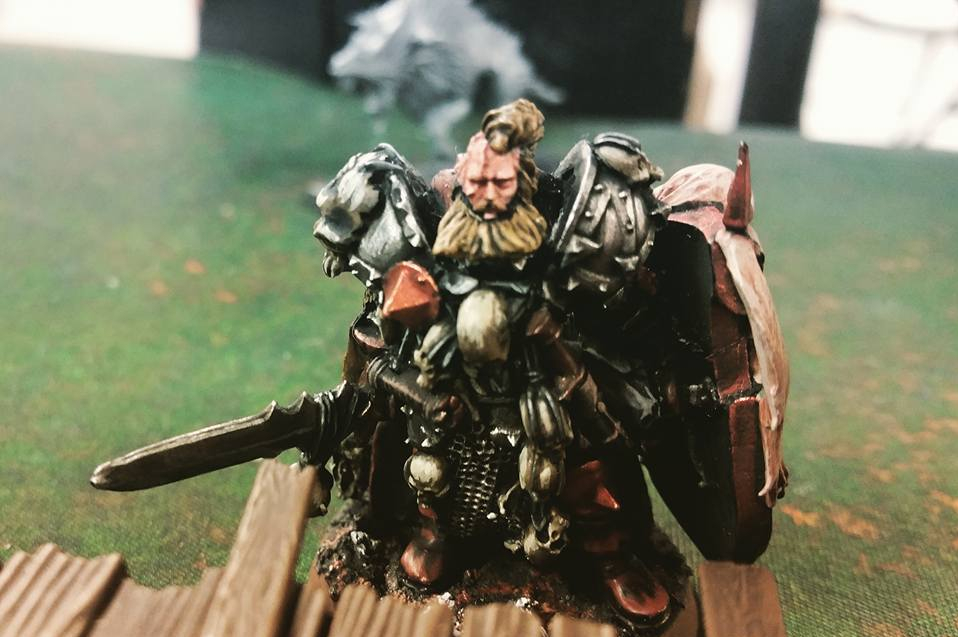 One of the 45 locations reporting results for Coalescence 2017 was an event in Milford, MA. Brian has provided an overview of their event along with an exciting narrative of final, epic duel in the Sodden Valley between two rival warlords for control of a unique artifact.

Brian: We did something a little different for our Coalescence event and took advantage of the new Skirmish release. We played a whole slew of Skirmish games over the course of the afternoon and themed the missions towards the Keystone Shard. It was a whole ton of fun and we really enjoyed ourselves!

The Sodden Valley, a place where Death and Life met in equal measure, was known throughout the ages as a place where treasures of ancient powers could be found. In one of the many unmapped regions of Ghyran, the Realm of Life, the Sodden Valley was home to an important artifact. This became known throughout the Realm once rumors started to spread of a mysterious stone which shone throughout the night once the sun fell. This stone pulsed with an unearthly hum and could be seen for miles in all directions once daytime gave way to night.

To this place did the warbands of various ilk gather and vie for this ancient relic. Some knew its provenance as a Keystone Shard, others merely saw it as a valuable bauble to the right bidder. Battles raged back and forth for days, weeks, then months. In the end, there were only two warbands left fighting for control of the shard. Lord Varek The Boneless led his forces, known as the Doom of Khi’Tai into the Sodden Valley for a final showdown against Saventh and his Scourge Privateers. With the armies battering against one another in the muck and mire it came down to a duel between the Fleetmaster and the Lord of Chaos.

All the other warriors parted ways and knew better than to interfere with this contest of arms. Varek knew that the Aelf couldn’t be trusted in an honor duel and had his warriors watch them closely with weapons at the ready. Varek had pledged himself to the forces of Chaos, but in doing so he still hated what he had become. He hated the foul creatures that called themselves Gods even moreso. He would make them pay for what they had done to him, all those he had once cared about, and the Realms. He cared for little else than vengeance. The blood of innocents was the currency in this exchange, and he would happily drown all of the Mortal Realms in blood if it meant the destruction of Chaos. Surely this artifact could bring him closer to his ultimate goal? Who was this Aelf to deny him this prize?

The two warriors saluted one another and the duel began. As the two combatants tested one another it became obvious that Saventh was a far quicker opponent and Varek would lose this battle had it come down to skill alone. The powers of Chaos flowed through Varek’s body but it was more than matched by the superlative skill and quickness of the Fleetmaster. As the two combatants fought to a stalemate the opposing warbands broke their reverie and began to battle each other again in earnest, believing that they could will their own champion to victory through their own actions. In the din of battle a dart sung out. Whether by design or accident, it will never be known, but it struck Varek just above his gorget and into his throat. A fast-acting poison surged through his veins and began to sap his strength. Saventh immediately recognized the change in his opponent and pressed his advantage. Vark was now losing ground, and it became apparent that he would be losing his head unless he did something drastic. With a howl he let loose the daemon bound within his blade and swung out with reckless abandon at the Fleetmaster. As the sword cut through the air, Varek suddenly found himself miles away from the battle back at his warband’s camp. He cursed loudly and sought the source of his egress. The daemon within the blade laughed in his mind and told him the folly of letting him loose. He had bigger plans for Varek, and fighting some Aelves in the middle of a swamp were not among them…. 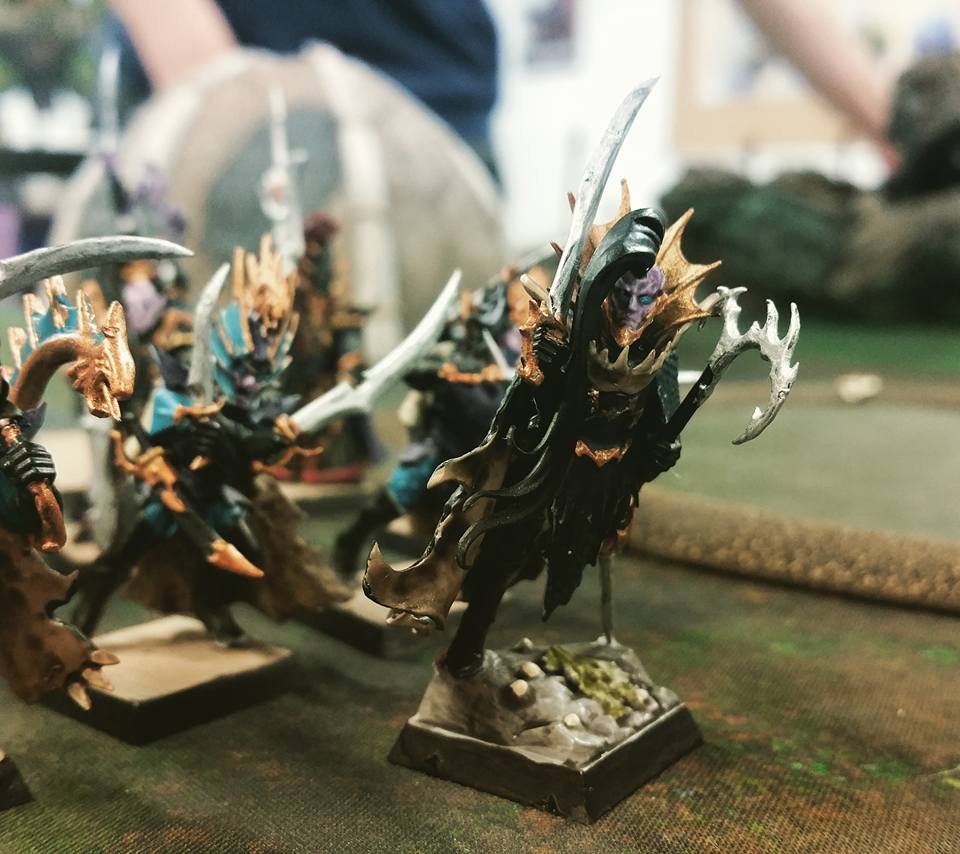 Saventh had underestimated the armoured brute, he knew that now as the blade swung for his head. In an instant, the Lord of Chaos was gone without a trace. The Aelf quickly scanned the battlefield for treachery but found none. He now turned his attentions to leading his men and seeing off this chaos rabble. With their leader gone, the Reavers of Khi’Tai turned tail and fell back towards their camp, believing their lord dead by some foul Aelven sorcery. Rivals would battle this night and a new Lord would be chosen.
As the armies disengaged the privateers managed to bind a few captives and start having their fun with them as the Fleetmaster got the search back underway. It wasn’t long before they obtained the Shard. He knew this had to be it. The scrolls would not be wrong…and now he would be the richest Aelf in all of Ghyran.

One thought on “A Coalescence Retrospective: Part V”