The WitneyWarhammer narrative event returns, again in Witney, England UK, on this coming 11-12th of June 2022.

WitneyWarhammer events are grand narratives, with themed tables each keyed to a location on a map, full of secrets to find and player teamwork required to decide the fate of the Brimstone Peninsula.

The plot has followed from last year’s event, with the returning characters of Tzeentchian cult leader Octenheimer (played by Steve Wren @Stevewren) striking a forbidden pact with the Azyrite magnate Lord Dracothfoote (played by Steve Foote @tinracersteve) to manufacture a copy of an artefact key that can manipulate realmgates. Their experiments deep in the Maklatan desert have started to stir up all sorts of rumours. In the meantime, the great (dis)organized alliance of Olrog Iron’ead (played by Ollie Grimwood @gr1mmas) and his Faifful have cemented their hold on the Brimstone Peninsula from last event, and will not allow any of these experiments to endanger their conquests. And, of course, Mayor Ulf Cywin (played by Phil Dodd) of Vorsprang’s Bridge will be there to cut any deal that benefits his town.

(The WWTwo Great Weave page can be found here, with all the story details and an interactive map!)

WitneyWarhammerTwo (WWTwo) is also part of the Tapestry of Fate collaborative multi-event storyline. Octenheimer’s dangerous experiments with this Key have created all sorts of chaos and re-routing realmgates to different locations, and this has affected the wider realms. This plotline is shared between events ran by other NEOs (Narrative Events Organizers) around the world.

We chatted with the lead NEOs for the event, Charles Nolan (@CharlesKhorne) and Phil Dodd (@Phil_kazic), about what players can expect from it.

Q: Please summarize the event for us, and what players will experience there.

A: Players can expect to play six games of Narrative AoS 3.0, over two days, on some beautiful tables with friendly players. Lots of fun narrative rules and opportunities for conquest, destruction and deception. Players will be split into two teams, one led by Lord Dracothfoote and one by Olrog, each vying for control of possibly the most powerful and unpredictable artefact ever created in the mortal realms.

Q: What Narrative innovations and special rules will you be deploying in this event? Last year it was all about uncovering secrets and clues to score final victory, what challenge will teams have this time?

A:  The commanders will be vying for control of the region and to control all of the territories, however the real game is all about the clone key. Can the forces find it, control it and deactivate it before something disastrous happens, or perhaps the players may feel that they can control the device and use it for their own ends. To do either of these things they will need to gather syphon points to power up or deactivate the clone key. The Clone key will be causing unintended consequences for realmgates on nearby tables, clues for these can be found by reading the experiment files we have published on Twitter.

Q: A big selling point from last year were the plots that emerged from the characters and relationships you created for the event, such as Mayor Cywin being kidnapped and cutting deals, as well as you putting specific grudging armies against each other in semi-scripted battles to kick it off. What story drama can players expect this year, and have players been getting more involved with their characters?

A: We will be organizing the games ahead of time so that players can play out their stories across the locations and against the foes that will develop their narrative. There is still plenty of scope, with new table rules and fun interactions, to allow players to tell a different or new fun story if they choose.
Several players have been sending us their own stories, we have been publishing these player files on twitter. They have been fighting battles with their armies and developing a back story ahead of the event.

Q: With many Narrative Play rulesets now cemented in AoS 3.0 edition, you will be allowing a good number for them, right? Anvil of Apotheosis characters, as well as Path to Glory armies, and even allowing custom warscrolls! Wow!
Explain a bit more how you will be making this all work.

A: We certainly encourage Anvil of Apotheosis characters and custom warscrolls to the extent that you will actually see a cogfort fighting on the tabletop! In addition to this, we have created new battle tactics and grand strategies so that players feel they are playing AoS3.0 but with a much stronger narrative flavor. These battle tactics will encourage interaction with the tables and your co-players. 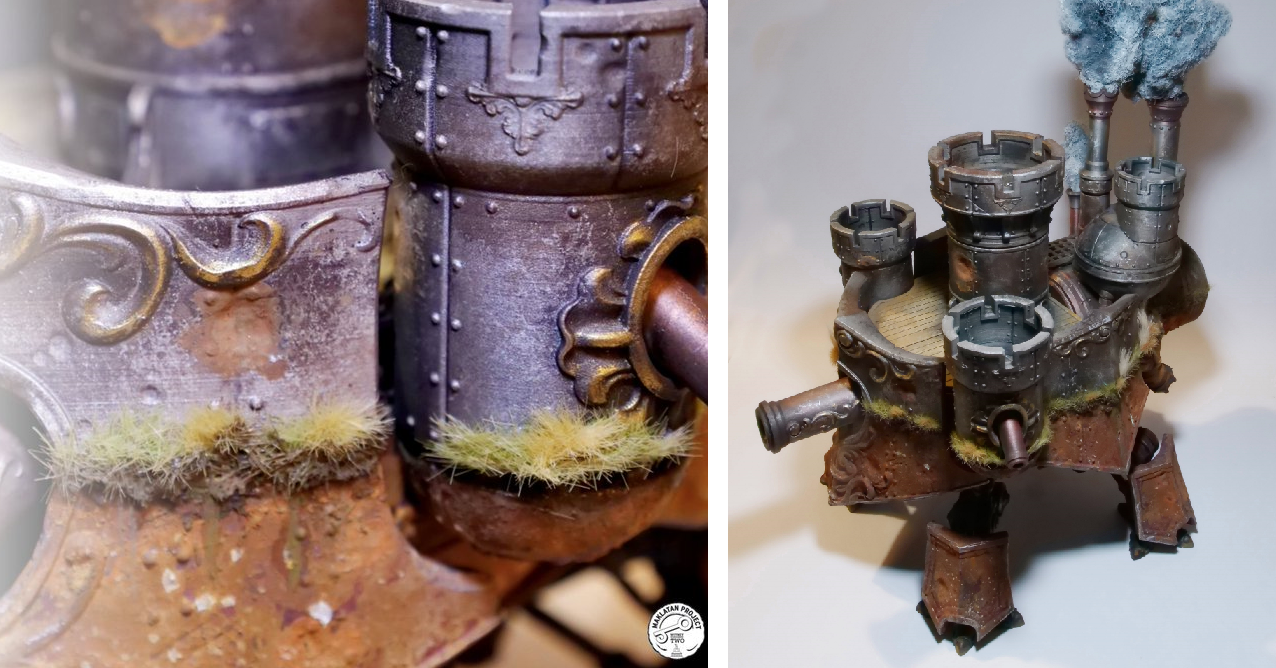 Q: Last year you put together an amazing spread at the event itself, not just in terms of catering, but especially in the beautifully painted themed tables, each corresponding to a location on the map. Will you have any new tables this year, and new special rules for players to interact with them?

A: Yes we have five new locations to fight over, The Ravager Mines,  Witenhof (based on a story written  by Dan Somerbell), Lookout Hill and Orweedsmouth City and Harbour. This year, one of our new and most ambitious tables, Lookout Hill, will not only have its own special rules, but will be a vantage point to look out over other parts of the region and allow players to interact with nearby tables.
We have updated the histories of the tables, based on what happened last year and have also added scenery to reflect this. For example Witenford was captured by the forces of Order and is now being redeveloped by a Dawnbringer Crusade sponsored by the Ulf Cywin Community Gentrification Fund.

Q: What would you like to say to players out there, to motivate them to join you for narrative gaming in your area of England?

A: We hope that this year will be as much of a success as last year. We had players that were new to narrative gaming as well as old hands and they all enjoyed themselves, so much so that many of them are back again this year. If you come along you will enjoy playing AoS 3.0 with some great players, having fun and eating good food. What’s not to like? Contact us if you would like the last ticket and a chance to play at this great event.

Thank you, Phil and Charles!

You can find the Event Rules page here for more details and tickets.
You can also access these from WWTwo’s page at The Great Weave.
There is ONE last ticket available!! This can be yours!

What do you think about this event?
Do you have any questions for the NEO, and how they organize such a big event with so many beautiful tables?
Leave your comments below!